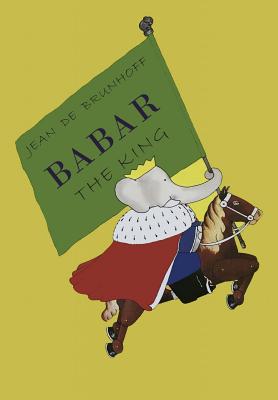 Facsimile of 1933 Edition. New English Translation especially for this edition. Jean de Brunhoff (1899-1937) was a French writer and illustrator and creator of the Babar books, the first of which appeared in 1931. The book is based on a tale that Brunhoff's wife, C cile, had invented for their children. It tells of a young elephant Babar whose mother is killed by a hunter. Babar escapes, and in the process leaves the jungle, visits a big city, and returns to bring the benefits of civilization to his fellow elephants. Just as he returns to his community of elephants, their king dies from eating a bad mushroom. Because of his travels and civilization, Babar is appointed king of the elephant kingdom. He marries his cousin, and they subsequently have children and teach them valuable lessons. In Babar the King, the third installment in this series, Babar and his family lead the elephants as they build a magnificent city: Celesteville. Life is peaceful and contented, everyone has a job to do, and celebrations are frequent. But one fateful day a snake bites the Old Lady and Babar fears that he may lose his oldest friend. Illustrated in full color by the author.