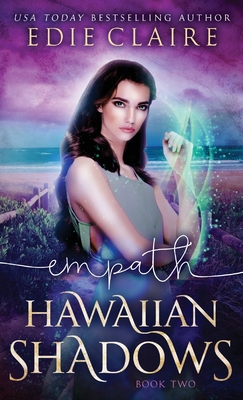 This is book number 2 in the Hawaiian Shadows series.

She can feel what's in the hearts of both the living and the dead...

But can she keep her own from breaking?

Seventeen-year-old Kali is hopelessly, madly in love with a guy who can't remember ever meeting her. But Kali has never been one to give up easily -- or to break her word -- and she promised Zane that she would stop hiding her "gifts" from the people closest to her. When her heartfelt confession of seeing shadows of the past sends her friend Tara into a stony silence and her fighter-pilot dad into a tailspin, Kali wonders if she's done the right thing. Thank goodness her friend Kylee seems to understand, because being in love is having more of an effect on Kali than just making her miserable. It's making her "abilities" grow stronger than ever.

When at last she and Zane meet again on the beaches of Oahu's North Shore, Kali is determined that, this time, everything will turn out right. But when a foreboding specter appears in the midst of Kali's own family -- a presence that only Zane can see -- the two find themselves in a situation that is anything but normal. And if the effect that Zane's touch has on Kali is any indication, the two may be flirting with a connection far more intense than either of them bargained for...

"WOW Is all I can say... I loved every minute of it. It has to be one of the best YA paranormal reads I have read to date. This book is filled with heart and soul... I don't think I have actually cried over a book since I was in the 7th grade and read Where the Red Fern Grows... Really Edie... I'm begging, write more Zane and Kali "-- Melissa Hardy, Smardy Pants Book Blog

"This book is so incredibly awesome I loved absolutely every minute that I spent reading this It was a book that kept me up long into the early hours of the morning...I simply couldn't put it down ...I loved Kali and Zane. Kali's spunk and Zane's enthusiasm, sense of humour and energy were infectious ...Without a doubt a massive 5/5."-- Young Adult Book Addict

"Despite my inclination to listen to stories intended for a more mature audience, I found myself lost and totally engrossed in Kali and Zane's story. I listened to this audiobook straight through enjoying every minute of it. Wraith is the impressive first book in the YA series Hawaiian Shadows... The writing style is very vivid -- the author not only puts you there emotionally, but also physically in a way that makes you feel the warm ocean breeze of a Hawaiian spring... A fantastic YA listen." -- Loupe Duffy, Hot Listens From the audio version, narrated by the award-winning Tavia Gilbert]