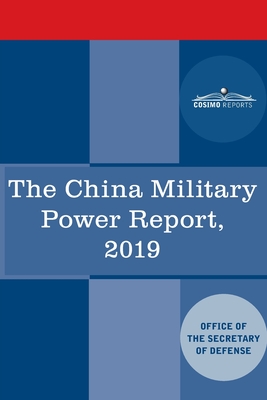 By The Office of the Secretary of

"How China's challenge will be met by America is a critical question and we must answer soon." --Gordon G. Chang, Author and television pundit, May 13, 2019

The most important international development of the last two decades has been the rise of China as a great economic and military power. While previous US administrations expressed their belief that as China becomes more prosperous, it would become a responsible participant of the international system, the Trump administration sees it differently. Not only has it emphasized the competitive nature of relations with China, whether it be economic, political, or military, it has also acknowledged unfair Chinese trade practices.

Against the backdrop of increased trade tensions, this year's The China Military Report--Military and Security Developments Involving the People's Republic of China 2019, is presented by the US Office of the Secretary of Defense to US Congress. It offers important insight in the trends and developments of the world's second largest military power, such as:

- China's use of espionage to steal military intellectual property;
- its growing military capabilities, including the development of a second aircraft carrier and type 094 ballistic missile submarines; and
- its increased investment in emerging technologies.

Students of China, journalists, politicians, and anyone interested in the most important U.S. foreign policy challenge of the 21st century, will find this vital background reading.