Katz or Cats: Or, How Jesus Became My Rival in Love (Paperback) 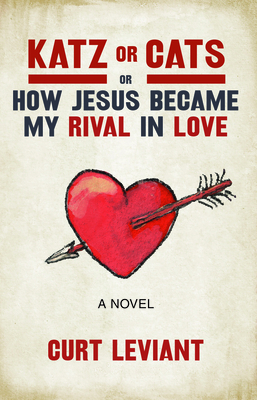 Katz or Cats: Or, How Jesus Became My Rival in Love (Paperback)


Not On Our Shelves—Ships in 1-5 Days
Katz or Cats, or How Jesus Became My Rival in Love follows John, a book editor who meets an enigmatic man named Katz on his daily commute into New York. True to form, Katz has a book to pitch--not his own, but his brother's, an identical twin also named Katz. The novel begins with another meeting on another train: brother Katz chances on a woman named Maria, who carries a pocket Bible and is missing the top digit of her ring finger.

The two embark on a whirlwind affair, alternately driven together and apart by their passion for each other and Maria's religious fervor. But the story seems to change as soon as Katz tells it, and Katz himself has a great confession to make. As the lies that bind the tale together grow to new proportion, John comes to doubt the line between truth and fiction, as well as everything he thinks he knows about the man beside him on the train.

With the lyrical joy and lighthearted wordplay that have won him critical acclaim, Curt Leviant's latest novel explores the very fabric of storytelling and whether life, like fiction, can be in constant flux.