A Lesson for Every Child: Learning About Food Allergies (Hardcover) 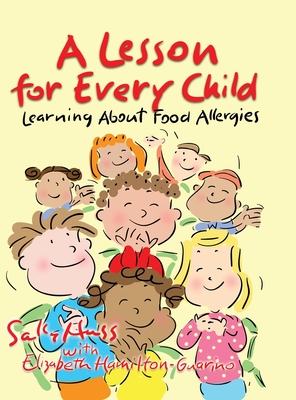 A Lesson for Every Child: Learning About Food Allergies (Hardcover)


Not On Our Shelves—Ships in 1-5 Days
(This book cannot be returned.)
Learning was everything to Mrs. Emerson. So when a new student was brought into her classroom, Mrs. Emerson was delighted because she learned that this young man knew something that everyone needed to know. She said that Jack was just like everyone else, except for one thing - he had food allergies. "Would you like to explain that to us, Jack?" A bit hesitant, Jack began telling his classmates what it was like to have food allergies, what the dangers were, and what he had to do to protect himself, or even save himself if he had an allergic reaction. The students listened attentively and then applauded him when their teacher praised his courage. "Jack has faced a difficult situation and handled it. He is an example of someone who has tremendous self-discipline. Anyone who has that can do anything " Jack left school that day with a new spring in his step and a classroom full of new friends.