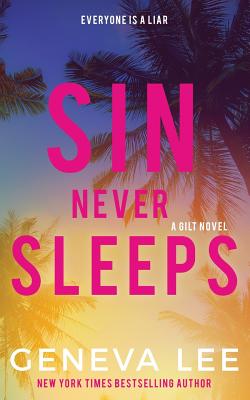 This is book number 2 in the Gilt series.

On the heels of a brutal attack, Emma Southerly finds herself swept away to Palm Springs, but she can't run from trouble, especially when it has a habit of chasing her down. A mysterious stranger is posting incriminating photos of the less-than-upstanding citizens of Belle M re, but is it a friendly game or something more sinister?

When Jameson West breaks his bail and tracks her down, he delivers more bad news. Emma's landed on the suspect list. No one knows who killed Nathaniel West, but now there are two suspects, two investigations, and two people with every reason to turn on one another. Someone in Belle M re is a murderer--someone closer to both of them than they could ever imagine--and unless they stick together, they might find themselves falling into a trap instead of falling in love.

Because when the cards are dealt, everyone might lose.