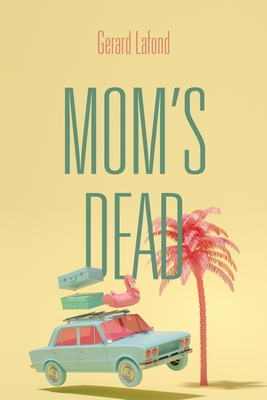 
Not On Our Shelves—Ships in 1-5 Days
(This book cannot be returned.)
Hank LaFarge finds himself in middle age, having achieved at least some of what most people would consider to be the hallmarks of success but without any sense of purpose. He’s convinced that there must be some hidden meaning to life, and he has undertaken a mission to extract the secret from his elderly mother. In his quest, Hank must battle the delusions, antics, and competing agendas of a small army of psychologically challenged siblings, not to mention the world-weariness of his mother herself as she approaches her transition to the great beyond. Hank ultimately discovers the answers to his questions which are not what he expected but were staring him in the face all along.
Gerard Lafond is a man of many parts, some of which have been worn out, broken, or replaced. Over the course of his lifetime he has worked at a variety of jobs, ranging from ditch-digging manual labor to “preeminent” trial lawyer. He has “trod the boards” as an actor, worked in a bubblegum factory, a phone boiler room, and the deep, dark inner recesses of your neighborhood grocery store, as well as in those ditches he dug, and the State and Federal Courts, and many other freaky places. He has suffered plenty of fools as he has peeled the onion to reveal the truly bizarre nature of the world in which he finds himself living. No wonder that he has turned at last to writing fiction. He is grounded, if at all, by his devotion to his beautiful wife and legions of friends and loved ones, most of whom are non-human.