More Sonnets from the Portuguese (Paperback) 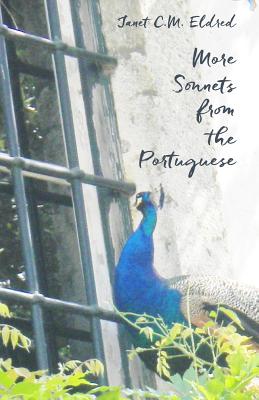 More Sonnets from the Portuguese (Paperback)


Not On Our Shelves—Ships in 1-5 Days
(This book cannot be returned.)
More Sonnets from the Portuguese is a sonnet novella that chronicles one year in the life of Z lia Nunes, a widow in her mid-40s. When Z lia receives an email from an ex-lover, her powerful inner longings threaten long-held traditions of Azorean-American and Azorean life; these poems are rooted in the language, imagery, and stories of land and sea, family, labor, spirituality, and Catholicism. Though this sonnet novella is decidedly secular, the narrative is structured liturgically, a mode of tracking time in Azorean communities that is as strong as agricultural seasons and more salient than months, seasons, and school calendars. Capturing the essence of a very visible culture, Silicon Valley, and a mostly invisible one, the San Joaquin Valley, More Sonnets from the Portuguese is familiar and exotic.
Janet C.M. Eldred grew up in California's San Joaquin Valley. She is currently Chellgren Professor at the University of Kentucky where she teaches creative nonfiction, editing, and literature in the English Department. She is the author of Sentimental Attachments (Heinemann, 2005), a volume of creative nonfiction, and Literate Zeal (University of Pittsburgh Press, 2012), a look into the editing practices and editorial secrets of The New Yorker magazine.
“In More Sonnets from the Portuguese, an internet connection rekindles an affair of twenty years earlier. Janet Eldred deftly applies the inspiration of Elizabeth Barrett Browning to a modern version of the 12th-century Héloise and Abelard story, in which the letters of star-crossed lovers become email messages, and the hindrance is neither convent nor monastery, but rather the current marriage of the man Zélia addresses. The passionate struggle between her moral unwillingness to commit adultery and her inability to resist the fantasy, leads to a sizzling exchange of declarations – flashback and flirtation fueled on both sides by a sexy cocktail of passion and guilt. Where for Héloise, Abelard’s image ‘steals between my God and me,’ Zélia’s virtual lust for her ex-lover comes between herself and her children, between herself and her religious and moral convictions, between herself and herself. The delightful playfulness of Eldred’s language enhances her sonnet cycle chronicling how this cyber-love both blesses and tortures the lonely hours of Zélia’s widowhood, when she tries to restrain herself to only ‘undress in bytes’ – an archetypal story charmingly recast in 21st-century terms.”
—Jill Allyn Rosser, author of Mimi's Trapeze

“Many writers capture the pleasures of young love, but Janet Eldred shocks us with the voltage of late life’s passions. The sonnets unravel the intricate, densely woven cables through which the memories of passion move—moments of loss, skin, longing, compromise, duty—across the falsely secure networks of virtual reconnection. This is a volume so intimate and wise it needs to be read in solitude.”
—Teresa Mangum, author of Married, Middlebrow, and Militant: Sarah Grand and the New Woman Novel

“More Sonnets from the Portuguese tells a poignant and powerful tale about passion suppressed, rekindled, and magnified through years of deep longing and restraint. Elizabeth Barrett Browning would surely applaud.”
—Lillian Faderman, author of Naked in the Promised Land