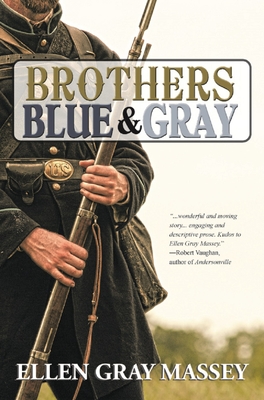 
Not On Our Shelves—Ships in 1-5 Days
(This book cannot be returned.)
The Civil War has broken out in Missouri and Lettie Worthington won't take sides-though she has a brother fighting in each army and a fiancé with a guerrilla band sympathetic to the South. Not involved in the conflict, Lettie deals with her own struggles and hardships at home, and with the help of former slaves, she saves her family's hemp and tobacco farm. Upon learning that both brothers were in the Battle of Lexington, twenty miles west, she leaves the farm and paddles a skiff up the Missouri River to find them.
Ellen Gray Massey (1922 - 2014) published numerous articles, short stories, essays, and books in her 92 years. After retiring from teaching in Lebanon, Missouri, she had given 428 talks---120 of them to the Missouri Humanities Council. In 1995 she was inducted into the Writers Hall of Fame of America and her writing has received numerous other awards. From 1973 to 1983 she directed high school students who published Bittersweet, the Ozark Quarterly.