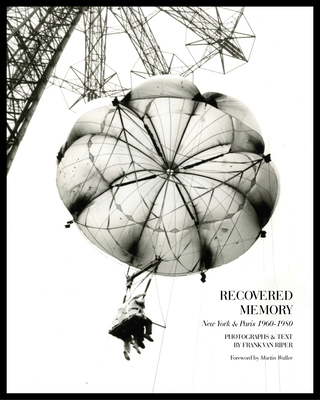 
In Stock—Click for Locations
Recovered Memory: New York and Paris 1960-1980 is a meditation on time and place: before the internet and 24/7 news; when one could visit the Eiffel Tower without seeing police and automatic weapons, when a ride on the New York subway cost 15 cents, when the smell of fresh-baked baguettes wafted over nearly every Parisian neighborhood, and when the Coney Island parachute ride still thrilled thousands. Van Riper's striking black and white photographs spanning twenty years, coupled with his eloquent texts, capture the 20th-century romance and grit of New York more than a half century ago, and Paris, some forty years ago. It was a time when the pace of life was slower and somehow less threatening, people talked to each other instead of texting on their iPhones, and you literally had to stop and smell the coffee.