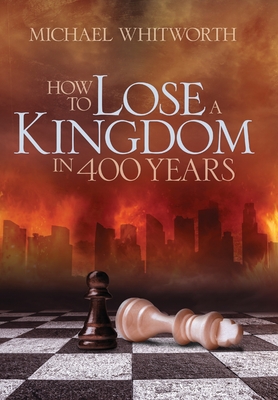 In 970 B.C., Solomon ben David ascended his father's throne. During his reign, Israel became the envy of the nations. Unsurpassed in riches, power, and prestige, Solomon embodied the pinnacle of God's blessing on his people. In 586 B.C., Israel's capital collapsed before Nebuchadnezzar, and the nation was exiled in disgrace far away to Babylon. This is the story of How to Lose a Kingdom in 400 Years.

Throughout the political turmoil of 1-2 Kings, God's prophets brought messages of hope, warning, and judgment. For the most part, those messages went unheeded, and a once-glorious nation was ruined. But the mistakes of long-dead kings, not to mention the messages of heroic men of God, offer wisdom to spiritual Israel today.

In a world where political power, cultural relevance, and self-sufficiency seduce the church at every turn, 1-2 Kings reverberates with the warning that nothing is more important than submission to the King of kings. Obedience brings life and abundant blessing... rebellion only breeds death, destruction, and suffering.

This is the story of How to Lose a Kingdom in 400 Years.