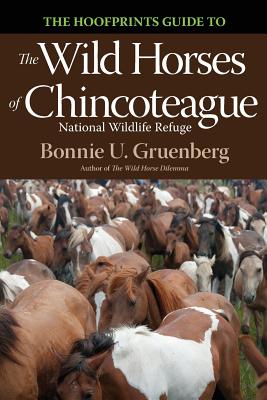 
Not On Our Shelves—Ships in 1-5 Days
(This book cannot be returned.)
The world-famous Chincoteague Ponies, stars of the silver screen and main attraction at the annual Pony Penning, are essential to the local economy and local identity. But they run free only on the neighboring island of Assateague under the watch of an ambivalent federal agency, and they bear little resemblance to their colonial forbears. What does the future hold for them? Wild horses have lived on the Atlantic coast for hundreds of years. Now confined to a few barrier islands in four states, they attract millions of visitors even as they generate speculation, concern, and spirited debate. Millions of visitors who frequent vacation spots along the Atlantic Wild Horse Trail are eager to learn about the wild herds that roam the nearby islands. The Hoofprints Guide Series engage the reader with detailed information about the history, environment, behavior, and prospects of these intriguing animals. Each inexpensive guide presents a realistic, detailed account of one Atlantic coast herd and is packed with black-and-white photographs. The Hoofprints Guides are appealing to a general readership, yet are well-referenced and accurate enough to satisfy the scholar. Each of the Hoofprints Guides has been abridged from Bonnie Gruenberg's Wild Horse Dilemma: Conflicts and Controversies of the Atlantic Coast Herds (2015). This comprehensive work is the only book in print covering all the wild herds surviving in the eastern United States. It is encyclopedic, copiously illustrated, and meticulously documented. Dilemma won the Eric Hoffer, Next Generation Indie, and Independent Publisher book awards, and is a finalist for best nonfiction book in the American Horse Publications 2016 Equine Media Awards. Reviewers have praised it as "the best work ever written about East Coast wild horses (or wild horses period )" and "an in-depth read not to be missed by serious wild horse enthusiasts." Quagga Press is an independent publishing company that focuses on equine and equestrian subjects, wildlife, and conservation. Additional information and photographs are available for free at www.wildhorseislands.com.
Bonnie Gruenberg, MSN, CRNP, is a midwife and nurse practitioner working in rural Pennsylvania. For more than 20 years, she has studied, photographed, painted, and written about the wild herds of the Atlantic coast.