How to Fight (Mindfulness Essentials #6) (Paperback) 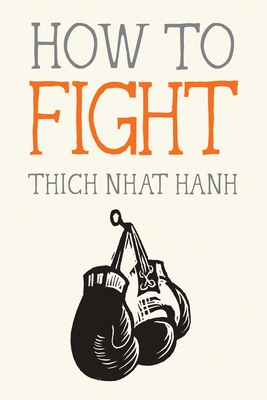 How to Fight (Mindfulness Essentials #6) (Paperback)

This is book number 6 in the Mindfulness Essentials series.

Turn disagreements and conflicts into opportunities for growth, compassion, and reconciliation.

The sixth book in the bestselling Mindfulness Essentials series, a back-to-basics collection from world-renowned Zen master Thich Nhat Hanh that introduces everyone to the essentials of mindfulness practice.

Nhat Hanh brings his signature clarity, compassion, and humor to the ways we act out in anger, frustration, despair, and delusion. In brief meditations accompanied by whimsical sumi-ink drawings, Thich Nhat Hanh instructs us exactly how to transform our craving and confusion. If we learn to take good care of our suffering, we can help others do the same, and reach reconciliation between family members, coworkers, and even nations.

How to Fight is pocket-sized with two-color original artwork by California artist Jason DeAntonis.
Thich Nhat Hanh was a world-renowned spiritual teacher and peace activist. Born in Vietnam in 1926, he became a Zen Buddhist monk at the age of sixteen. Over seven decades of teaching, he published more than 100 books, which have sold more than four million copies in the United States alone. Exiled from Vietnam in 1966 for promoting peace, his teachings on Buddhism as a path to social and political transformation are responsible for bringing the mindfulness movement to Western culture. He established the international Plum Village Community of Engaged Buddhism in France, now the largest Buddhist monastery in Europe and the heart of a growing community of mindfulness practice centers around the world. He passed away in 2022 at the age of 95 at his root temple, Tu Hieu, in Hue, Vietnam.
The Mindfulness Essentials have appeared on the NPR Bestseller list, the San Francisco Chronicle Bestseller list, the Boston Globe Bestseller list, the LA Times Bestseller List and the extended New York Times Bestseller List.

“The monk who taught the world mindfulness.”
—TIME

“Thich Nhat Hanh shows us the connection between personal inner peace and peace on earth.”
—His Holiness the Dalai Lama

“Thich Nhat Hanh is a holy man, for he is humble and devout. He is a scholar of immense intellectual capacity. His ideas for peace, if applied, would build a monument to ecumenism, to world brotherhood, to humanity.”
—Dr. Martin Luther King, Jr.