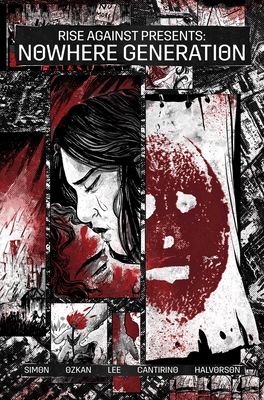 
Not On Our Shelves—Ships in 1-5 Days
Rise Against Presents: Nowhere Generation, is the graphic novel companion to their ninth studio album!

The world is a powder keg - a system that favors power, wealth, and status - and we are well past the tipping point. But RISE AGAINST PRESENTS: NOWHERE GENERATION is more than just a tale of rebellion fueled by the band's passionate politics and artistic inspiration. This is a glimpse into the lives of the abandoned, a collection of down and out individuals coming together for a revolution; these are the stories of the ones who fight back.
Shaun Simon is an American comics writer. He wrote The True Lives of the Fabulous Killjoys with Gerard Way, lead vocalist of My Chemical Romance, for Dark Horse Comics as well as writing Neverboy, also for Dark Horse. He also wrote Collapser with Mikey Way for DC Comics.