David Hume Kennerly on the iPhone: Secrets and Tips from a Pulitzer Prize-Winning Photographer (Paperback) 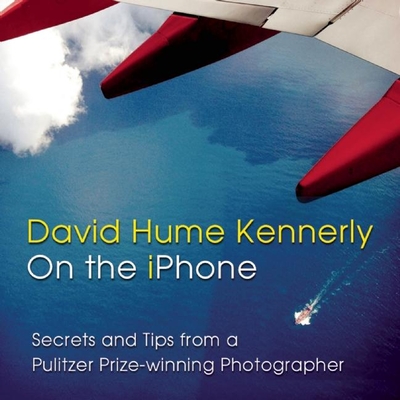 David Hume Kennerly on the iPhone: Secrets and Tips from a Pulitzer Prize-Winning Photographer (Paperback)


Special Order—Subject to Availability
David Hume Kennerly On the iPhone is a series of essays, anecdotes, and tips about how and why he takes pictures. Using only the camera in his iPhone, Kennerly pursued an around the world photo-a-day mission in 2013. Along the way he discovered that paring down his formidable photo arsenal to a single, simple camera forced him to sharpen his eye and made him an even better photographer. The images and insights in this book will challenge and inspire any shooter, from amateurs to seasoned professionals.
David Hume Kennerly won the 1972 Pulitzer Prize for his photos of the Vietnam War when he was 25 years old, one of the youngest people to ever receive that honor. Two years later he was appointed President Gerald R. Ford's personal White House photographer. He was recently named, "One of the Most 100 Most Important People in Photography" by American Photo Magazine. He was a contributing editor for Newsweek, and a contributing photographer for Time and Life magazines. His archive is housed at the Center for American History at the University of Texas, Austin. He lives in Santa Monica, CA. Edward Ed O'Neill is an American actor. He is best known for his role as the main character, Al Bundy, on the Fox TV Network sitcom Married... with Children, for which he was nominated for two Golden Globes.Since 2009, O'Neill has been playing patriarch Jay Pritchett on the award-winning ABC sitcom Modern Family, a role for which he was nominated for three Primetime Emmy Awards and won three Screen Actors Guild Awards.