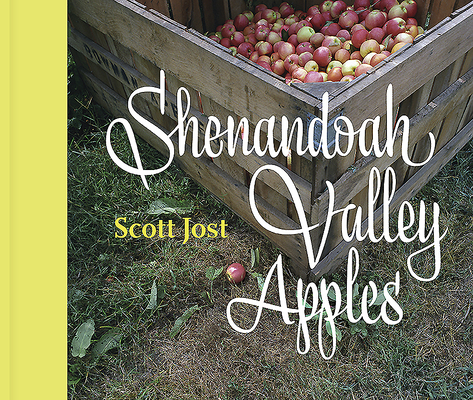 
Special Order—Subject to Availability
The first photo-text book ever published on the history of Shenandoah Valley apples.

Shenandoah Valley Apples relays a historical and cultural legend exemplified by relationships between people and land in the context of an economy that has always been regional, national, and international in nature. It also describes a unique present in which economic pressures, international trade, and encroaching development are changing those people and that land with unprecedented severity and speed. At the same time, proud stories of adaptation, perseverance and success are also part of the picture. Shenandoah Valley Apples preserves the legacy of one of Virginia's most important and rapidly disappearing cultural landscapes. It also raises awareness of and concern for broader issues that affect agriculture and land use everywhere.

The photographs and oral histories included in Shenandoah Valley Apples were made in Albermarle, Augusta, Botetourt, Clarke, Frederick, Madison, Nelson, Rockingham, Shenandoah and Warren counties in Virginia. The perspectives featured include those of first through fifth generation apple growers. The orchards that were photographed range from a nine-acre roadside operation to mid-sized orchards on diversified family farms to some of the nation's largest commercial orchards.