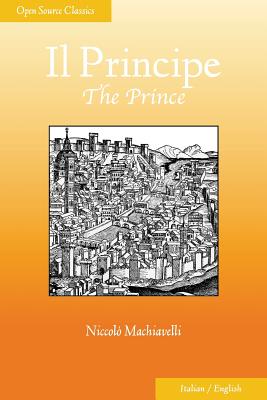 
Not On Our Shelves—Ships in 1-5 Days
(This book cannot be returned.)
After Machiavelli had been put out of power by the return of the Medici family, he put his hard-earned experience in politics to paper in Il Principe: The Prince, an instruction book for running a government. This edition of Il Principe: The Prince brings Machiavelli's original Italian text and Marriott's English translation together in one affordable book.
Niccolo Machiavelli (1469-1527) was an Italian politician and writer who lived in Florence and wrote on many topics, including history, drama and military science. He was a high official in the Florentine republic when the Medici were out of power.