A World Between (Paperback) 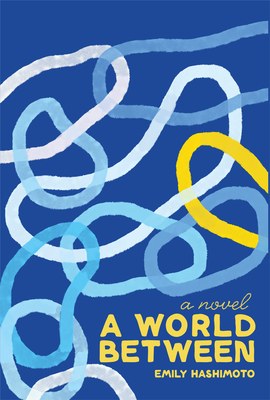 A World Between (Paperback)

A college fling between two women turns into a lifelong connection--and spells out a new kind of love story for a millennial, immigrant America.

"A sweetly poignant look at the transformative power of young love." --O, The Oprah Magazine

In 2004, college students Eleanor Suzuki and Leena Shah meet in an elevator. Both girls are on the brink of adulthood, each full of possibility and big ideas, and they fall into a whirlwind romance. Years later, Eleanor and Leena collide on the streets of San Francisco. Although grown and changed and each separately partnered, the two find themselves, once again, irresistibly pulled back together.

Emily Hashimoto's debut novel perfectly captures the wonder and confusion of growing up and growing closer. Narrated in sparkling prose, A World Between follows two strikingly different but interconnected women as they navigate family, female friendship, and their own fraught history.

Emily Hashimoto's debut novel A World Between follows two queer women of color over the course of thirteen years as they grow away from and towards each other. O, The Oprah Magazine said it was a sweetly poignant look at the transformative power of young love and Kirkus Reviews called it a sweeping debut novel about the ever changing nature of identity and love. Her personal essays have appeared in Out, Electric Literature, Catapult, Literary Hub, The Margins, and The Rumpus, centering intersectional narratives. She lives in New Jersey with her wife and child.