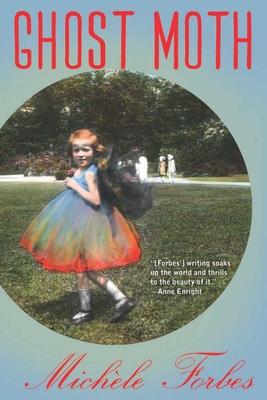 
Not On Our Shelves—Ships in 1-5 Days
Irish Book Awards Shortlist
Library Journal Best Indie Fiction of the Year
Publishers Weekly Best Summer Book Staff Pick
Concord Monitor/Concord Insider Book of the Week
Chatelaine magazine Book Club selection
Brooklyn Book Festival Best Debut Book "Ghost Moth is an impressive debut by a writer who is not afraid to address the so-called ordinary lives of real human beings." --JOHN BANVILLE, Booker Prize-winning author of The Sea and Ancient Light "Clever, unpredictable, beautifully written and crafted." --RODDY DOYLE, Booker Prize-winning author of Paddy Clarke Ha Ha Ha and The Commitments " Forbes'] writing soaks up the world, and thrills to the beauty of it." --ANNE ENRIGHT, Booker Prize-winning author of The Gathering and The Forgotten Waltz During the hot Irish summer of 1969, tensions rise in Belfast where Katherine, a former actress, and George, a firefighter, struggle to keep buried secrets from destroying their marriage. As Catholic Republicans and Protestant Loyalists clash during the "Troubles" and Northern Ireland moves to the brink of civil war, the lines between private anguish and public outrage disintegrate. An exploration of memory, childhood, illicit love, and loss, Ghost Moth is an exceptional tale about a family--and a country--seeking freedom from ghosts of the past. Born in Belfast, Northern Ireland, Mich le Forbes is an award-winning theater, television, and film actress who has toured worldwide with The Great Hunger and Dancing at Lughnasa. She studied literature at Trinity College, Dublin and has worked as a literary reviewer for the Irish Times. Her short stories have received both the Bryan MacMahon and the Michael McLaverty Awards. She lives near Dalkey, Dublin with her husband and two children. Ghost Moth is her first novel.