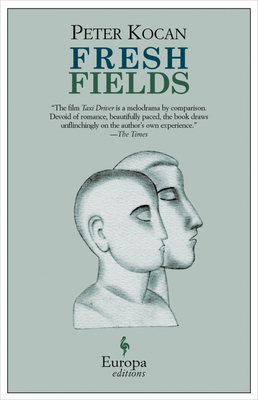 
Special Order—Subject to Availability
“A stark, harrowing, yet deeply courageous work of immense power and magnitude.”—Quadrant

Homeless and alone, a disturbed youth drifts between town and the Australian outback, growing increasingly isolated and distrustful in a society lacking the means and seemingly the will to help him. He is coerced by strange voices and haunted by a history of family violence. This compelling coming-of-age novel tells Peter Kocan’s own story, offering us an intimate portrait of the dark forces at work in the evolution of a loner. “No more authentic study of this type of loner exists,” wrote the Times, naming Fresh Fields its book of the year in 2005. “Taxi Driver is a melodrama by comparison.”
Author and poet Peter Kocan was born in Newscastle in 1947. Kocan left school at fourteen to work in the country in New South Wales as a laborer and station-hand, before returning to Sydney, where he gained work as a factory-hand in a dye factory. In 1966, Kocan’s failed attempt to assassinate federal opposition leader Arthur Calwell in Sydney saw him sentenced to life imprisonment. Later that same year Kocan was transferred from Sydney's infamous Long Bay jail to Morisset Hospital for the Criminally Insane. Kocan’s first books of poetry, Ceremonies for the Lost (1974) and The Other Side of the Fence (1975), were published while he was at Morisset. He was released in 1976 and began rebuilding his life by writing about his experiences. Two autobiographical novellas, The Treatment and The Cure, told of his harrowing life in the asylum. The Cure won the 1983 NSW Premier's Literary Award for Fiction. Kocan lived for many years on the Central Coast of New South Wales, teaching, acting, and writing drama, poetry, and fiction. He gained public recognition for his work and received regular support from the Literary Arts Board of the Australia Council. He graduated from the University of Newcastle in 1998 with a Bachelor of Arts (Honours), and recently obtained a Masters degree. In 2003, Kocan moved to Brisbane, Queensland. Fresh Fields, a fictionalised account of Kocan’s difficult youth, was named a Book of the Year by the Times Literary Supplement.