The Hunters Of Salamanstra Vol. 2 (Paperback) 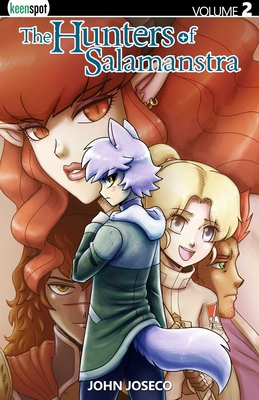 The Hunters Of Salamanstra Vol. 2 (Paperback)


Coming Soon—Pre-Order Now
Monsters are real, and hunting them is the world's greatest thrill! Follow one girl's journey as a Hunter of Salamanstra...

Kessah’s old life ended explosively, and now she is on her way to becoming a Hunter of Salamanstra! She is free of her sister’s shadow, but remains haunted by the fear that she might die like her sister. Kessah is not the only one haunted by Dianna’s death, however. Adrien has carried a heavy burden for weeks, with no one to confide in. What he didn’t realize was that his burden carried an important message for Kessah, a message that helps them both heal.

Soon, though, Kessah doesn’t have time to think about her sister. She and Adrien must overcome a multitude of obstacles that stand between them and Headquarters.  Adrien is eager to bring Kessah to meet Ariel, the founder and leader of The Swords of Ariel.

This volume collects John Joseco's The Hunters of Salamanstra issues #4-7.