Not in His Image: Gnostic Vision, Sacred Ecology, and the Future of Belief (Paperback) 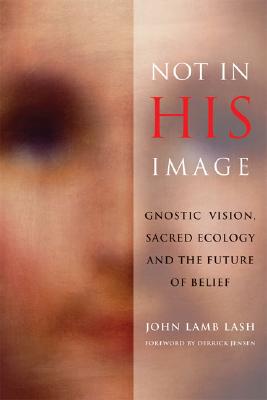 Not in His Image: Gnostic Vision, Sacred Ecology, and the Future of Belief (Paperback)

Lash is capable of explaining the mind-bending concepts of Gnosticism and pagan mystery cults with bracing clarity and startling insight. . . . His] arguments are often lively and entertaining.--Los Angeles Times

In Not in His Image John Lamb Lash explains how a little-known messianic sect propelled itself into a dominant world power, systematically wiping out the great Gnostic spiritual teachers, the Druid priests, and the shamanistic healers of Europe and North Africa. Early Christians burned libraries and destroyed temples in an attempt to silence the ancient truth-tellers and keep their own secrets. But as Lash reveals the truth cannot be hidden or destroyed.

Not in His Image delves deeply into the shadows of ancient Gnostic writings to reconstruct the story early Christians tried to scrub from the pages of history, exploring the richness of the ancient European Pagan spirituality-the Pagan Mysteries, the Great Goddess, Gnosis, the myths of Sophia and Gaia.

Long before the birth of Christianity, monotheism was an anomaly; Europe and the Near East flourished under the divine guidance of Sophia, the ancient goddess of wisdom. The Earth was the embodiment of Sophia and thus sacred to the people who sought fulfillment in her presence. This ancient philosophy was threatening to the emerging salvation-based creed of Christianity that was based on patriarchal dominion over the Earth and lauded personal suffering as a path to the afterlife. As Derrick Jensen points out in the afterword, in Lash's hands Jesus Christ emerges as the agent provocateur of the ruling classes.

Sometimes a book changes the world. Not in His Image is such a book. It is clear, stimulating, well-researched, and sure to outrage the experts. . . . Get it. Improve not just your own life, but civilization's chances for survival.--Roger Payne, author of Among Whales

John Lash, a comparative mythologist who specializes in stellar lore, has spent 30 years in research and experimentation, using Signs and Constellations. He is the principal author of the Marion Institute's Web site, www.metahistory.org, an inquiry into the contemporary meaning of humanity's myths and beliefs, and is the author of a number of books, including The Seeker's Handbook, Twins and the Double, The Hero: Manhood and Power, and Not in His Image. He lives in Europe.