Out the Window (Paperback) 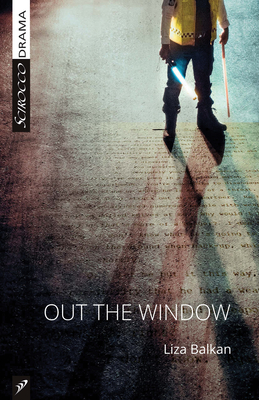 Out the Window (Paperback)

In August 2000, Liza Balkan witnessed the beating death of a man named Otto Vass during an altercation with the police in the west end of Toronto. Called to the witness stand on a number of occasions over several years, Balkan kept careful track of the aftermath, then turned verbatim court transcripts, audio, video and text derived from multiple interviews with lawyers from both sides of the bench, officers, family members of the deceased, activists and artists, into Out the Window. This is a documentary theatre project that interrogates the subjects of policing and police violence, use of force, mental illness, racism, justice, memory, witnessing and theatre. It was created to be a malleable, inclusive theatrical investigation, one that has evolved over many years, responding to the times and to the layers of the harsh realities around police violence and calls for change. Its storytelling vibrates in the past and in the present. Out The Window is both a highly theatrical play and a public forum; a conversation that aims to continue forward. This book chronicles its process through various iterations and includes the script from The Theatre Centre/ Luminato Festival co-production in Toronto in 2018, directed by Sarah Garton Stanley.