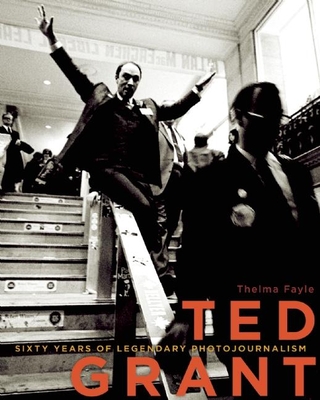 
Special Order—Subject to Availability
Ted Grant has made a career out of being in the right place at the right time, catching some of the world's most famous subjects in moments of unaffected humanity. His photographs have been featured worldwide and he has lectured countless students at Leica International Seminars, Yale Medical School, and Carleton University. Although he is best known for his candid shots of Ronald Reagan, Jackie Kennedy, Margaret Thatcher, and Pierre Trudeau, Grant's portfolio covers Olympic Games, National Film Board of Canada assignments, and medical photography. His lifework of over 300,000 photographs is housed in Canada's national archives. Ted Grant: Sixty Years of Legendary Photojournalism tells a nuanced story of Cold War politics, Olympic scandals, urban poverty, grassroots industry, nuclear disasters, and medical breakthroughs. As varied as these images are, Ted's ability to cut through the fa ades of public figures and coax ordinary citizens into the limelight is evident in each and every one.
Thelma Fayle holds a BFA in nonfiction writing from the University of Victoria. Her work has been published in numerous periodicals across Canada, including the Globe and Mail, Reader's Digest, and the Times Colonist. She lives in Victoria, British Columbia.