Letters From Inside: The Best of Mike Maggio (Paperback) 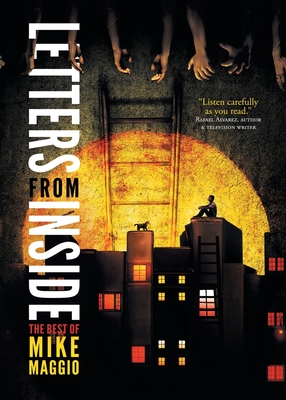 Letters From Inside: The Best of Mike Maggio (Paperback)

A woman sacrifices her children to save herself in an act of desperation. A political prisoner succumbs to his worst fears in a struggle to survive. A politician disappears in the midst of a reelection campaign only to be replaced by a cockroach who has assumed his likeness.

Letters from Inside is a collection of stories that defy logic and yet tap into unrecognized truths about modern society: a twenty-first century vision of existential dysphoria. Heavily influenced by Kafka and Gogol, Mike Maggio confronts realities that stare us daily in the face, realities we blithely ignore as we blindly go about our daily lives.

Written over a period of 30 years, this collection of stories gathers the best of Maggio's work, including the critically acclaimed Suddenly, There Was Harold, which has been called his masterpiece.