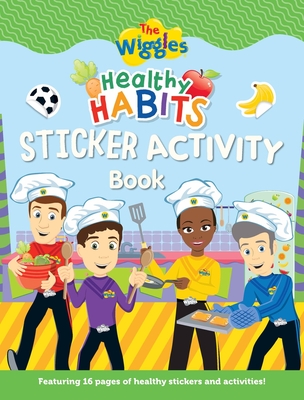 
Backordered
Join The Wiggles in 16 pages of healthy stickers and activities!
The Wiggles have been entertaining millions of families across the globe for over 30 years. The band has sold over 30 million albums and DVDs and 8 million books, as well as accumulating over one billion music streams and 2 billion views on YouTube. More than 70 album and DVD releases later, The Wiggles have earned 18 gold, 13 platinum, 3 double platinum and 10 multi-platinum awards, and have been awarded 13 ARIA Awards for Best Children's Album (making ARIA history as the most awarded ARIA winner in the one category), and inducted into the ARIA Hall of Fame.