The Case for Courage (In the National Interest) (Paperback) 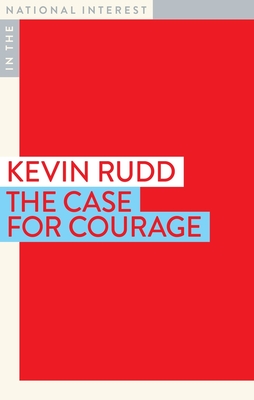 The Case for Courage (In the National Interest) (Paperback)


Special Order—Subject to Availability
For some time, Australia’s democracy has been slowly sliding into disrepair. The nation’s major policy challenges go unaddressed, our economic future is uncertain, and political corruption is becoming normalised. We can’t understand the current predicament of our democracy without recognising the central role of Murdoch’s national media monopoly. There is no longer a level playing field in Australian politics. We won’t see another progressive government in Canberra until we deal with this cancer in our democracy. Three more things must change for Labor to be returned to office. Labor must significantly broaden its political base; demolish the entire rationale for the conservative political project now that the Liberal Party has abandoned its position on debt, deficit, and government intervention in the economy; and put forward a clear plan dealing with the challenges ahead: recurring pandemics, demographic decline, technological disruption undermining economic competitiveness and employment, the rise of China, and the continued economic and environmental devastations of climate change. All four tasks are essential. All four will require great political courage.
Kevin Rudd is a former foreign minister and prime minister of Australia. He joined the Department of Foreign Affairs before serving in the Australian embassies in Stockholm and Beijing. He later returned to Queensland to work as private secretary to premier Wayne Goss when state Labor had been in opposition for thirty-two years. He then became chief of staff to the premier before being appointed director general of the Cabinet Office. He was elected to the House of Representatives in 1998 before becoming leader of the Opposition in 2006.