The Gate Lodges of Connaught: A Gazetteer (Paperback) 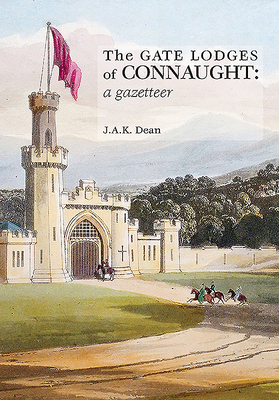 The Gate Lodges of Connaught: A Gazetteer (Paperback)


Special Order—Subject to Availability
This province-by-province study represents some fifty years of research, recording sad losses, but also celebrating the survivors. These books seek to increase awareness of the importance of the gate lodge as part of our architectural heritage by emphasizing its uniqueness which in print to date mysteriously has received minimal notice in contrast with the exposure given its big house, and to balance that disparity. So often built to impress, gate lodges and entrances were intended as a favorable first encounter and, sadly, some now survive, often stranded and even more curious, as the only evidence that a great house ever existed, as with the examples at Rockingham, Bellevue and Mote Park, all outliving their houses, their survival an indicator of the architectural significance and a measure of all that was lost in a benighted age. Whilst these conspicuous examples do not set the Irish gate lodge apart from its counterpart in mainland Great Britain, what makes it unique to Ireland is its numbers, proliferating as it does there far in excess of those anywhere else on the planet.