Wellington's Unsung Heroes: The Fifth Division in the Peninsular War, 1810-1814 (From Reason to Revolution) (Paperback) 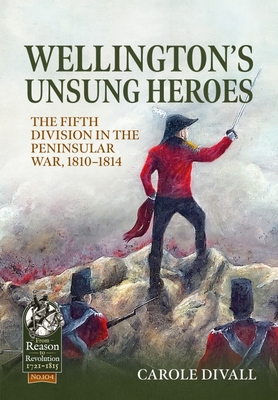 Wellington's Unsung Heroes: The Fifth Division in the Peninsular War, 1810-1814 (From Reason to Revolution) (Paperback)


Coming Soon—Pre-Order Now
The men of the Fifth Division ('The Pioneers') were among the workhorses of the British Peninsular army. Lacking both the kudos and the wealth of letters, journals and memoirs of divisions like the Third and the Light, it is easy to overlook the part they played in the struggle that finally drove the French out of Spain and Portugal. Yet they were the first troops into the streets of Badajoz. They, along with the Third Division, played a crucial part in the great victory at Salamanca. And they made up the bulk of the troops that finally took San Sebastian after a protracted and bloody siege. There is also a surprisingly wide range of material that records both their exploits and the experience of serving in the war, extending from the voices of men in the ranks to company and staff officers, brigade commanders, and the journal of the aide-de-camp of the general most associated with the division, James Leith. Looking at one division in detail also allows analysis of the divisional system as it functioned in Wellington's Peninsular Army.

The purpose of this study, therefore, is to retell a familiar story from a less familiar perspective and thus demonstrate the strategic relationship between the parts and the whole while also emphasizing that wars are fought by individuals - and no two individuals react in the same way. Each man's experience is his own.