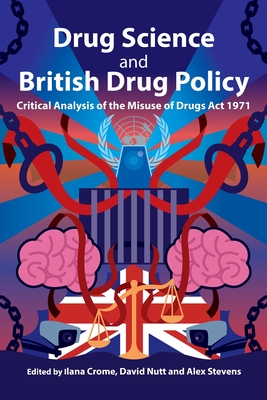 For half a century the Misuse of Drugs Act 1971 has dominated ill-conceived approaches to the prohibition of drugs and the criminalisation of many offenders. Wilful blindness to scientific facts has distorted the dispensation of justice, prevented lifesaving investigation, sidelined critics and thwarted advocates of politically inconvenient drugs law reform.

This once in an epoch review by experts from a range of disciplines shows how lawmakers and the media have ignored the scientific evidence to sustain badly founded rhetoric in favour of blanket bans, punishment and the marginalisation of opponents. Countless individuals (including the vulnerable, deprived, addicted and mentally ill) have therefore suffered unnecessarily.

This, the most comprehensive critique of the 1971 Act yet, rests on the combined learning of leading medical, scientific, psychiatric, academic, legal, drug safety and other specialists to provide sound reasons to re-think half a century of bad law.