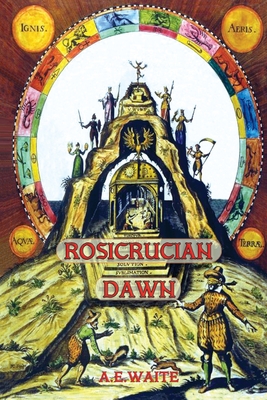 
Not On Our Shelves—Ships in 1-5 Days
(This book cannot be returned.)
The Rosicrucians burst upon European consciousness some 400 years ago with the publication of three 'manifestos', causing consternation throughout the continent and promulgating ideas that remain potent to the present day.
The Fama Fraternitatis tells the story of the enigmatic C.R.C. who journeyed to Jerusalem and thence to fabled Damcar in Arabia, where he sought, and was instructed in, the sacred knowledge of the sages. Returning to Europe by way of Egypt and Fez, he founded a fraternity to both freely heal the sick, and to spread the mystical teachings throughout the world. Such were the 'The Brothers of the Rosy Cross'.
The Confessio Fraternitatis is in essence both an extension and a justification of the brotherhood's spiritual beliefs and earthly aspirations as described in the Fama. A New Dawn was heralded, which would bring the 'Reformation of Mankind'. This was heady stuff, revolutionary for its time, and proclaimed at the height of the Inquisition's powers. The manifestos set many cities and towns in a ferment.
Less revolutionary in tone, and the longest of the three documents, The Alchemical Wedding of Christian Rosenkreutz, is sometimes considered merely as 'Fantasy Fiction', but is regarded by those with deeper spiritual knowledge as a detailed allegorical description of mystical initiation.
Rosicrucian Dawn is required reading for all those who hope to understand the founding philosophy that lies behind the 'Brotherhood of the Rosy Cross', its offshoots, and many of today's New Age beliefs.