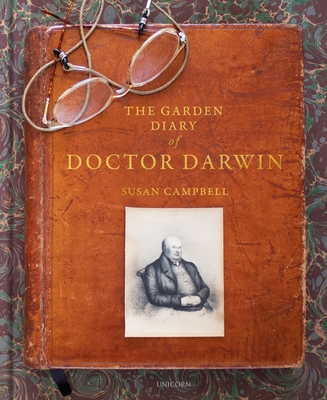 
In Stock—Click for Locations
An unpublished diary sheds new light on Charles Darwin's early life and the garden where he grew up.

In 1986, Susan Campbell made the chance discovery of a hitherto unknown garden diary and spent the next thirty-five years researching its contents. Written between 1838 and 1865 by Robert Darwin, the father of Charles Darwin, the diary showcases the original source of Charles Darwin's interest in natural history. After Robert Darwin’s death in 1848, the diary was continued by Charles's sister, Susan. In lavish detail, it describes the horticultural and domestic activities at the Mount, a large house on the banks of the River Severn in Shrewsbury that was the home of the Darwin family from 1800 until Susan’s death in 1866.

The diary describes the plants that grew in the garden—whether ornamental and exotic, utilitarian or edible—as well as the keeping of cows and pigs, the exchanges of plants with neighbors and family, and occasional events of local importance. Moreover, it reveals that Dr. Darwin made his garden available for several of Charles’s horticultural experiments in 1838, shining new light on the revolutionary biologist’s early years.
Susan Campbell is vice president of the Surrey Gardens Trust and chair of the Walled Kitchen Garden Network. She is the author of Walled Kitchen Gardens and A History of Kitchen Gardening.