North Korea: Like Nowhere Else: Two Years of Living in the World's Most Secretive State (Hardcover) 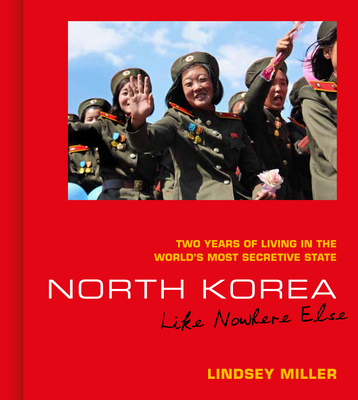 North Korea: Like Nowhere Else: Two Years of Living in the World's Most Secretive State (Hardcover)

A photographic exploration from a Westerner living and travelling in North Korea for two years.

What happens when you travel to a place where even basic truths are ambiguous? Where sometimes you can't trust your own eyes or feelings? Where the divide between real and imagined is never clear?

For two years, Lindsey Miller lived in North Korea, long regarded as one of the most closed societies on earth. As one of Pyongyang's small community of resident foreigners, Lindsey was granted remarkable freedoms to experience the country without government minders. She had a front row seat as North Korea shot into the headlines during an unprecedented period of military tension with the US and the subsequent historic Singapore Summit.

However, it was the connection with individuals and their families, and the day-to-day reality of control and repression, that delivered the real revelations of North Korean life, and which left Lindsey utterly changed from the woman who had nervously disembarked from her plane onto an empty runway just two years before.

This is her extraordinary photographic account, a testament to the hidden humanity of North Korea.

Lindsey Miller is a musical director and award-winning composer. For the last ten years, she has worked in theatres across the UK, Europe, North America and Asia and has most recently worked with the Royal Shakespeare Company. During 2017-19, Lindsey lived in Pyongyang, North Korea, while accompanying her husband on a diplomatic posting. Lindsey is from Glasgow, Scotland. She now lives in Kent. North Korea: Like Nowhere Else is her first book.