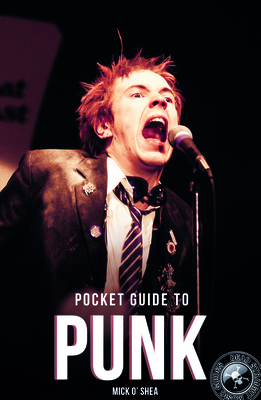 
Coming Soon—Pre-Order Now
The punk movement created a revolution in the music industry with its anarchic approach and DIY ethos. It was the antidote to a bloated record business that had become moribund and prog bands which had become hugely self-indulgent. Punk grew out of the politics of the Seventies in the UK and from bands like Dr Feelgood. With the Sex Pistols as torch bearers the movement provoked strong reactions amongst music fans and industry alike. The first wave of punk was reasonably short-lived but many of the bands continued. But punk has never gone away and there is a whole new generation listening to the likes of The Damned, The Buzzcocks, X-Ray Specs, Siouxsie and the Banshees and The Clash as well as a continuing stream of punk bands..
Mick O' Shea is an established writer with books about a diverse range of acts including Guns N' Roses (The Guns N' Roses Encyclopaedia) One Direction (5 Seconds of Summer) and Amy Winehouse (A Losing Game), The Smiths and the Pocket Guide to Ska. He has also written both fact and fiction about the Sex Pistols and punk in general.