79 the Ska Revival Dance Craze: Essays from the Frontline (Paperback) 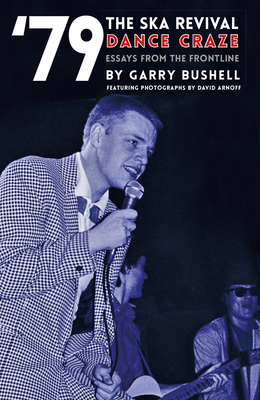 79 the Ska Revival Dance Craze: Essays from the Frontline (Paperback)


Special Order—Subject to Availability
Back in 1979, pop was getting dull again. Everyone said it was time for a new dance. No-one expected it to come from Coventry. The Two-Tone revolution, led by the Specials, took the pop world by surprise with their infectious mix of Ska rhythms and punk attitude. Madness and The Selecter followed close on their heels. Within a matter of moments the 2-tone bands had stolen our hearts and conquered the charts with a non-stop procession of unforgettable hits; 'Gangsters', 'A Message To You Rudy', Too Much Too Young', 'The Prince', 'One Step Beyond', 'My Girl', 'Too Much Pressure'... And the bands kept coming - Bad Manners, The Beat, The Bodysnatchers. Even Judge Dread came back. Garry Bushell, who wrote the original Dance Craze magazine, was the first rock writer to see the Specials live, the first to interview madness and the first to watch the bands attempt to export their magic to the USA.
Garry Bushell was born and raised in South East London. He started his career on Sounds, interviewing everyone from The Clash and Steel Pulse to Blondie, U2, The Specials and Iron Maiden. He is best known for his award winning Bushell On The Box TV column. Garry managed the Cockney Rejects, The Blood and Maninblack; his own group the Gonads have been going for 42 years without any notable success