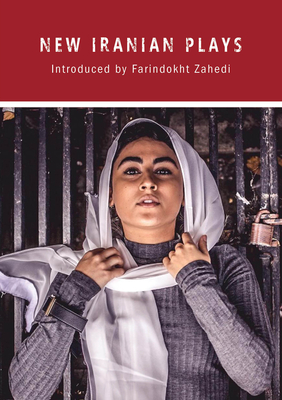 
Not On Our Shelves—Ships in 1-5 Days
Introduced by Farindokht Zahedi, Associate Professor, College of Fine Arts / Theater / Faculty of Performing Arts and Music, University of Tehran. Editors Aubrey Mellor and Cheryl Robson. A wide-ranging collection of plays from new and established voices from today's Iran and the global Iranian diaspora. Plays cover life in contemporary Iran, the hopes of women finding new ways to assert their individuality in a time of great of upheaval, the lives of those trapped in a migrant camp and the need to challenge stereotypical views. The plays shine a light on a rapidly changing Iran, one that is vastly different from the misconceptions outsiders have of it. Includes: A Moment of Silence by Mohammad Yaghoubi - (Iran) Home by Naghmeh Samini - (Iran) Shame by Sholeh Wolpe -(Iran-USA) Manus by Leila Hekmatnia (Iran), Keyvan Sarreshteh (Iran), Nazanin Sahamizadeh (Australia) Isfahan Blues Torange Yeghiazarian - (Iran-USA) Editors: Aubrey Mellor Aubrey is a leading Australian Theatre Director. Currently Senior Fellow at LASALLE, in Singapore, he was the first Australian to study Asian writing. Formerly Director of the Australian National Institute of Dramatic Art (NIDA), he is well-known as an acting teacher to a generation of acclaimed Australian actors. He has directed for all major companies, commissioned and premiered plays by Australia's leading playwrights and is a leading proponent of new Australian writing. Aubrey founded several writing awards for playwrights and is an advisor to arts bodies including the Performing Arts Board of The Australia Council and The Australian National Playwright's Conference. Awards include the OAM in 1992, the Australian Writer's Guild's Dorothy Crawford Award for services to Playwriting and the International Theatre Institute's Uchimura Prize for best production, Tokyo International Festival. Cheryl Robson Cheryl has edited several collections of international drama. After studying drama at Bristol University, she worked for the BBC and as a film lecturer. She founded the Virginia Prize for Fiction in 2009 in the UK. She is an award-winning playwright who has received Arts Council UK commission and option awards and had several plays produced. She ran a theatre company for several years in London, developing and producing international plays by women. She has won numerous awards for her filmmaking and was recently named a finalist in the ITV National Diversity awards - Lifetime Achievement. .