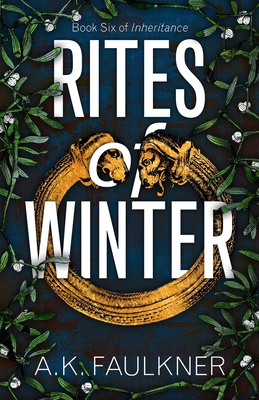 This is book number 6 in the Inheritance series.

Quentin and Laurence are on their way home to San Diego when a blizzard turns their brief stop in New York City into a proper Christmas vacation. And what could be better than being snowed in at a luxury hotel with no responsibilities except to each other?

Of course, new troubles find them in Manhattan: Quentin goes missing. More than just missing... as far as Laurence can tell, Quentin is dead.

And, in a way, he's right. Quentin's in the Otherworld. The only way back to Laurence is to make a dangerous bargain, one which will keep him trapped in a world he isn't equipped to survive until he can find--and kill--a faerie.

Missed Season One of the urban fantasy series Inheritance? It starts with Jack of Thorns, the book reviewers call "delicious", "engaging" and "thrilling".