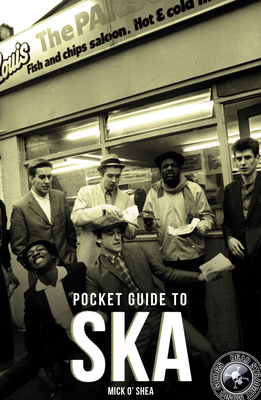 
Special Order—Subject to Availability
Ska originated in Jamaica in the late Fifties and combined Caribbean mento and calypso with American jazz and r 'n' b. Ska developed in the Sixties with artists such as Prince Buster, Clement 'Coxsone' Dodd, and Duke Reid who formed sound systems to play American rhythm and blues and then began recording their own songs. Ska was popular with British mods and was later adopted by many skinheads. As music changed in the US, so did ska. In 1965 and 1966, when American soul music became slower and smoother, ska changed its sound accordingly and developed into rocksteady before evolving again from 1968 into reggae.
Mick O' Shea is an established writer with books about a diverse range of acts including Guns N' Roses (The Guns N' Roses Encyclopiedia) One Direction (5 Seconds of Summer) and Amy Winehouse (A Losing Game). He has also written both fact and fiction about the Sex Pistols and punk in general.