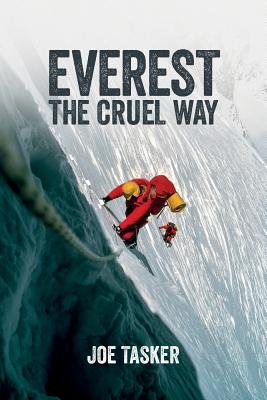 On 30 January 1981 Joe Tasker and Ade Burgess stood at 24,000 feet on the west ridge of Mount Everest. Below them were their companions, some exhausted, some crippled by illness, all virtually incapacitated. Further progress seemed impossible.

Everest the Cruel Way is Joe Tasker's story of an attempt to climb the highest mountain on earth - an attempt which pushed a group of Britain's finest mountaineers to their limits. The goal had been to climb Mount Everest at its hardest: via the infamous west ridge, without supplementary oxygen and in winter. Tasker's epic account vividly describes experiences that no climber had previously endured. Close up and personal, it is a gripping account of day-to-day life on expedition and of the struggle to live at high altitude.

Joe Tasker was one of Britain's best mountaineers. He was a pioneer of lightweight, alpine-style climbing in the Greater Ranges and had a special talent for writing. He died, along with his friend Peter Boardman, high on Everest in 1982 while attempting a new and unclimbed line. Both men were superb mountaineers and talented writers.