Los Angeles Then and Now® (Hardcover) 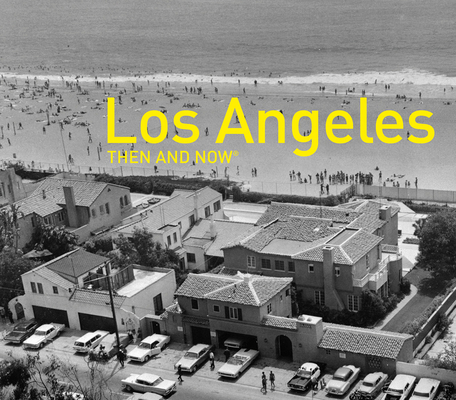 Los Angeles Then and Now® (Hardcover)


Not On Our Shelves—Ships in 1-5 Days
In 1769, Spanish explorer Gaspar de Portola dedicated the new town: Nuestra Senora la Reina de Los Angeles - Our Lady the Queen  of the Angels. Since then the city has been a colorful melting pot of cultures. Wagon trains brought pioneers in the mid-nineteenth century, some with the lure of California gold and others to farm in the mild climate they found in territory newly acquired from  Mexico.Using archive photos paired with their modern equivalent, Los Angeles Then and Now charts the development of the city from the days of orange groves and melon patches and isolated Spanish mission buildings, to the staggering metropolis it is today. With a background in the movie business, Rosemary Lord interlaces the arrival of the movie business and the growth of the city she has lived in for twenty-five years.Sites include: Old Plaza Church, Olvera Street, Chinatown, Union Station, Los Angeles Theatre,  Mayan Theatre, Angel’s Flight, Los Angeles Public Library, Biltmore Hotel, Ambassador Hotel, Bullocks Wilshire, Brown Derby Restaurant, Hollywood Sign, Griffith Observatory, Sunset and Vine, Egyptian Theatre, Grauman’s Chinese Theatre, Roosevelt Hotel, Schwab’s Pharmacy, Beverly Hills Hotel, Witch’s House, Thelma Todd’s Café, Venice  Beach, Santa Monica Pier.
Rosemary Lord has spent over 20 years working in Los Angeles, acting in theater, films, and television as well as working as a senior publicist for Columbia Pictures. She has written for a variety of high profile magazines in the U.S. and Europe, fittinng in the odd film and television script, as well as a travel book and two novels. She is the author of Los Angeles Then and Now.