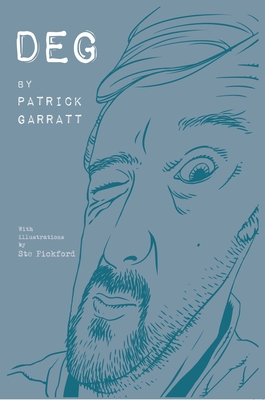 
Special Order—Subject to Availability
(This book cannot be returned.)
Ira Jones, family man and cannabis cultivator, has decided to quit reality for good. Baffled by drugs and committed to the destruction of Western European society, he powers through Paris, London, LA, and Amsterdam on a murderous, pornographic spree with his wife, Lulu. Can the couple escape the clutches of the brutal Dr. Loon? Is Cadarves, a corrupt Corrézien policeman and the Jones's collaborator, the true embodiment of the new age? The revolution is but a screen away, but is a single degree too great a journey to usher in anarchic utopia? At turns hilarious and disgusting, Patrick Garratt's first novel takes a prophetic, baffling swim through the 21st century’s hyper-connected apocalypse.
Patrick Garratt is a writer and journalist with a long history of covering technology and video games. His work has been published in the Sunday Times, Huffington Post, Independent, and Face.