aama: 4. You Will Be Glorious, My Daughter (Hardcover) 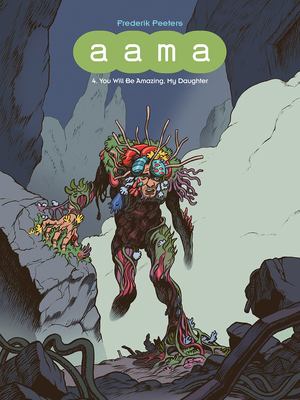 aama: 4. You Will Be Glorious, My Daughter (Hardcover)


Special Order—Subject to Availability
On Ona(ji), Verloc Nim is the sole survivor of an expedition to recover Aama, the experiment that has transformed this desert planet into a landscape inhabited by lethal biorobotic creatures and plants. Having pieced together the events of his recent past—his journey to Ona(ji), his part in the deadly expedition to Aama’s source—Verloc finds himself physically transformed by his confrontation with the experiment. But will his extraordinary new powers be enough for him to save his daughter? The final volume of Aama, You Will Be Glorious, My Daughter, is the culmination of Peeters’s award-winning series—a gripping blend of breathless action, existentialism, and suspense, and a spectacular vision of the distant future.

Frederik Peeters is an award-winning comic book artist, best known for his autobiographical graphic novel Blue Pills. He has received five nominations in the Best Book category at the prestigious Angoulême International Comics Festival, and in 2013 he won the Best Series prize at the same event for the first two volumes of Aama. He is also the author of Pachyderme and Sandcastle (with Pierre-Oscar Lévy). He lives in Geneva.