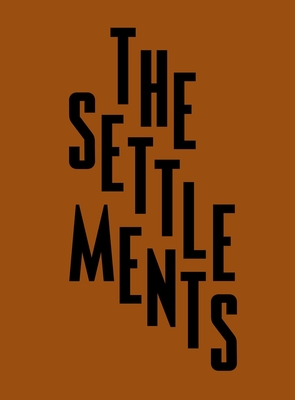 
On Our Shelves Now at:
The Settlements is a topographical portrait of the architecture and landscape of the Jewish settlements in the West Bank. Taken over a period of four years, these black and white photographs reveal the genesis and evolution of the greater settlement project. Focused on the sharp contrast between the medium view from within the settlements and the broader view from their perimeters, the images belie the tense proximity of two peoples living on the same land. This project, by photographer Ken Taranto, developed out of a curiosity. He was not satisfied with the images of the settlements portrayed in the news. He wanted to know if the settlements were all alike. Were they indistinguishable or unique? And what did it feel like to stand on disputed ground? 'For years I read stories in the news about the Jewish settlements in the West Bank. Photographs in those stories always seemed to show tract housing on hilltops, an image emblazoned in my mind. The settlements were decades old and still growing in number and expanding in size... Pictures showed women with their hair covered and men with side locks and skullcaps, protected by Israeli soldiers in uniform with guns. It all struck me as so extreme, in contrast to the western and largely secular culture of Israeli society at large.' Using a map of the settlement locations he visited over fifty communities in six distinct regions in the West Bank--Shomron, Binyamin, Gush Etzion, East Jerusalem, the Jordan Valley and the Hebron Hills and a multitude of demographics - national religious, ultra-Orthodox, secular and mixed communities. There were small settlements with a few hundred residents, some with a few thousand, and others with many more. Some with private houses, some with trailers. And unofficial settlements, outposts with small populations and minimal infrastructure. All different. Devoid of color and people The Settlements lays bare the roads, the hills, the fences, the houses, the land, the facts on the ground, a sense of place with unsettling ordinariness.
Ken Taranto is an American photographer who lives in Tel Aviv. Prior to moving to Israel, Taranto lived in New York City where he worked as an instructor at Pratt Institute, a fine art printer and documented the redevelopment of the Jersey City shoreline.