The Goddess Nut: And the Wisdom of the Sky (Paperback) 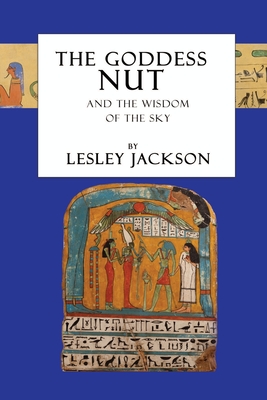 The Goddess Nut: And the Wisdom of the Sky (Paperback)

"Nut is the all-encompassing Great Mother but a very different one to those of most other cultures. Normally the Great Mother is seen as the natural regenerative force of the individual womb and the womb of earth. Nut however is the Great Round who encloses the universe. Hers is the womb of the generative nun. She is a creative space in which life is constantly regenerated. By providing the attributes of contained space and water Nut can be viewed as life itself. Nut is the source of everything. The cosmos is her body and she births and nourishes all living things taking them back into her body at death. Unlike virtually all the other Mother Goddesses Nut isn't remotely chthonic, despite being associated with the tomb and coffin." - Lesley Jackson

The Goddess Nut and the Wisdom of the Sky is a fascinating scholarly study of the Ancient Egyptian goddess Nut, in her aspects as both Sky and Tree Goddess, and all that she encompasses. Through scrupulous research, including the latest theories and information from top Egyptologists, we learn not only of the celestial goddess herself but also everything that is currently known about how the Ancient Egyptians related to the visible cosmos and how it informed their belief in the unseen realm and the afterlife.

In incredible detail, learn how time was marked by the movement of the stars, the significance of stellar alignment and the decan stars in dividing the year, the importance of the Lunar cycles, and all the associated gods and goddesses. The fluid inter-relationship of the Egyptian deities and their symbolism is investigated, and where there are no clear answers, thought-provoking questions are asked. Lesley Jackson also shares her extensive knowledge of archaeology in an in-depth study of the representation of the constellations and deities on ceilings and lids of sarcophagi. Nut's depictions, epithets, sacred animals, family connections, and the essential role she has in the creation story of the cosmos are also explored.

If you have a love of myth, of the rich magic of Ancient Egypt, or if you have ever looked into the divine eyes of heaven and wondered... you will find the answers and wisdom you seek within these pages.