Hathor: A Reintroduction to an Ancient Egyptian Goddess (Paperback) 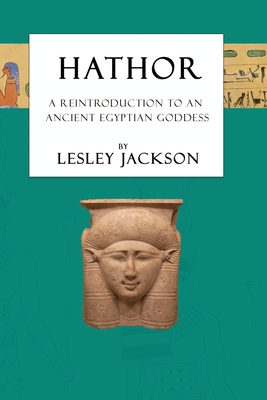 Hathor: A Reintroduction to an Ancient Egyptian Goddess (Paperback)

"Hathor was once the most loved and pre-eminent goddess of Egypt. An ancient goddess, 'Hathor... who descends from the primeval age' soon held all Egyptians in her loving embrace. She was one of the most accessible of the deities so it was unsurprising that she was a favourite, Her cult, and encounters with her, were full of music, love and laughter. No stern, demanding deity, she rejoiced in her followers' happiness and many could say 'she placed joy in my heart'..." - author Lesley Jackson

Hathor: A Reintroduction to an Ancient Egyptian Goddess is a comprehensive and thought-provoking study of one of the most important Ancient Egyptian deities. Primarily a Cow Goddess. Hathor was multifaceted, and her importance was emphasised through the many titles and roles she held. She was the goddess of the sky, sun, love, sex, dance, music, fertility, precious metals and gemstones, as well as being Protectress of Foreign Lands, Eye Goddess, Goddess of Desire, Lady of Drunkenness, and Lady of Fragrance. Present in all aspects of life, Hathor was a goddess of childbirth, who protected her worshippers during life and offered protection on the journey into the afterlife.

Daughter of the Sun God Ra, she was linked to other cow goddesses, as well as other major deities such as Isis, Bastet and Horus. She was intimately associated with the lioness goddess Sekhmet, who was both an aspect of Hathor and a significant and powerful goddess in her own right.

The Seven Hathors, a seven-fold manifestation of Hathor, predicted the destiny of newborn children and the time and manner of a person's death and were invoked in love spells and protection charms.

This extensive work provides a welcome and much-needed exploration of one of the most influential goddesses of the ancient world. It explores Hathor's different roles and titles, her associations with other deities, alter-egos and assimilations, her temples, worship, festivals and her subsequent decline in popularity towards the end of the Greco-Roman period.

Author Lesley Jackson draws on a wide range of historical sources, including magical papyri, stelae, statues, jewellery, ritual objects and archaeological evidence, employing these to reveal the captivating history and numerous functions of this mesmerizing goddess. In doing so, she succeeds in reintroducing Hathor to us as a sovereign, powerful, beautiful and lovely goddess, she 'whose ba is powerful'.

Other books by Lesley Jackson include Isis: The Eternal Goddess of Egypt and Rome, Sekhmet and Bastet: The Feline Powers of Egypt, Thoth: The History of the Ancient Egyptian God of Wisdom, and The Cobra Goddess & The Chaos Serpent.