Philadelphia Then and Now® (Hardcover) 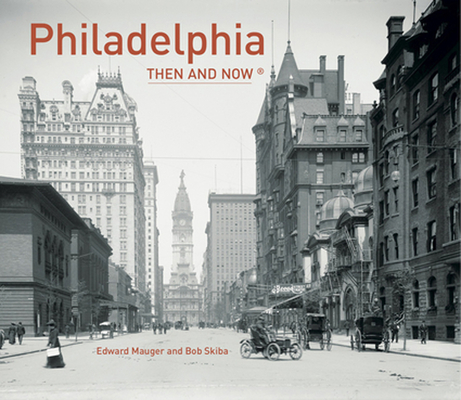 Philadelphia Then and Now® (Hardcover)


Not On Our Shelves—Ships in 1-5 Days
Philadelphia has Athens to thank for its classical structure, London for its Georgian and Victorian treasures, Paris for its grand boulevard, and William Penn for its name. Translated from the Greek, Philadelphia means "City of Brotherly Love." Ben Franklin's guiding hand also appears, the great polymath was involved in the world's first lending library and America's first hospital, medical school, think tank, and nondenominational college. This book pairs rare old archive images with modern views to show how the city has fared since the 19th and 20th centuries. Locations include Betsy Ross House, Elfreth's Alley, London Coffee House, Reading Terminal, Wannamakers, Poe House, Carpenter's Hall, Second Bank, Bourse Building, Masonic Temple, Eastern State Penitentiary, Philadelphia Waterworks, Fairmount Park, University of Philadelphia, Shibe Park, League Island, Penn Cottage, and Girard College. Extensively revised from the original version with new sites, new text, and additional photos.
Edward A. Mauger left a successful career at Rutgers University to found Paideia, a company that celebrates the eighteenth century. His research has led to a series of unique walking tours in Philadelphia, "America's most walkable city" including 'Saints and Scoundrels.' He has appeared on ABC's Good Morning America and the History Channel and is the author of Philadelphia Then and Now, Atlantic City Then and Now (both Thunder Bay) and Philadelphia in Pictures (Random House).Bob Skiba is an acclaimed tour guide and an expert on Philadelphia history and culture. He lectures regularly on topics ranging from eighteenth-century dance to the Prohibition. He is President of the Association of Philadelphia Tour Guides and editor of the Tour Guides’ Handbook. He is the head archivist at the LGBT Archives at the William Way Center in Philadelphia.