Shadows of War: Roger Fenton's Photographs of the Crimea, 1855 (Hardcover) 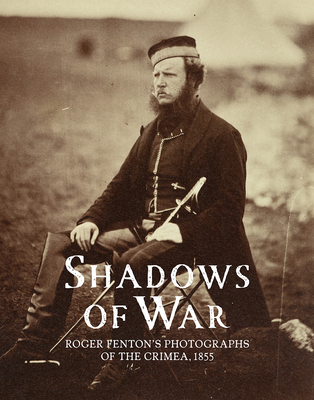 Shadows of War: Roger Fenton's Photographs of the Crimea, 1855 (Hardcover)


Backordered
In 1855, Roger Fenton (1819–69) traveled to the war-torn Crimea to capture scenes of the conflict and the soldiers involved. A pioneering photographer who helped establish photography as an art form, Fenton was also one of the first to document the brutality of war through this then-fledgling medium. Today, many of his images, like The Valley of the Shadow of Death, showing a dirt road scattered with cannonballs, are considered to be among most iconic photographs of war.

Shadows of War draws on the extensive holding of Fenton’s photographs in the Royal Collection, bringing together 250 photographs of the Crimean War, taken between March and June 1855. Because of the long exposure times needed for early photography, Fenton was never able to photograph battles, but his landscapes and portraits tell the story of camp life, mortar batteries, and the besieged town of Sebastopol,  in a way that even the most powerful words could not. Shadows of War also highlights the impact Fenton’s images had on people back in Britain, who saw the realities of war documented in photographs for the first time.

The first book to focus on Fenton’s Crimean War photography, Shadows of War will fascinate anyone with an interest in history and photography.

Sophie Gordon is Head of Photographs, Royal Collection Trust, and has published widely on nineteenth- and early twentieth-century photography.