The Mystery of the Buried Crosses (Paperback) 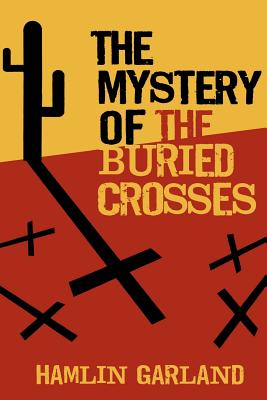 The Mystery of the Buried Crosses (Paperback)


Not On Our Shelves—Ships in 1-5 Days
(This book cannot be returned.)
One of the most intriguing stories of mediumship on record was told by Hamlin Garland, a Pulitzer Prize-winning author, in the last of his 52 books, The Mystery of the Buried Crosses, published in 1939. In 1934, shortly after giving a talk on psychic phenomena in Los Angeles, Garland, a very skeptical researcher, received a letter from Gregory Parent, a resident of Redlands, California, telling him of some strange psychic phenomena connected with his wife., Violet. They included some 1,500 crosses and other treasures buried by Indans and unearthed at the direction of her spirit guides as well as spirit photography. Having had many years of experience with mediums, Garland decided to find a medium who might get in touch with the deceased Violet Parent and request her help in finding additional relics, as Gregory Parent had noted that there were, according to the spirits, more to be found. Sometime around July 1937, Garland selected Sophia Williams, an amateur medium who did not charge for her services, to help him in his search. Williams was a direct-voice medium and while doing some tests with her, Garland's "Uncle David," who had been dead for some 30 years, communicated, Garland asked him if he remembered the old tune he used to play for him in on his fiddle. Garland then heard the tune "When you and I were young, Maggie" being whistled and played on a fiddle. If Williams were a fraud, she would have had to know about Uncle David, anticipate Garland's question to him about the tune, and smuggle a fiddle into and out of Garland's home. Many other evidential voices came through Williams, convincing Garland that she was a genuine medium. . Soon after Violet Parent communicated, Father Junipero Serra, the pioneering California missionary, and other "Invisibles" communicated. . Under their direction, Garland and Williams traveled hundreds of miles through southern and central California and Mexico searching for more artifacts. The spirits would tell them where to go, where to stop, which direction to walk, and then where to dig. In total they found 16 crosses, similar in substance and design to those collected by the Parents, in 10 widely separated locations. A year after The Mystery of the Buried Crosses was published, Garland died. . By the time of his death he had concluded after 40 years of research strongly suggesting that we do indeed survive physical death.