The Magical Battle of Britain (Paperback) 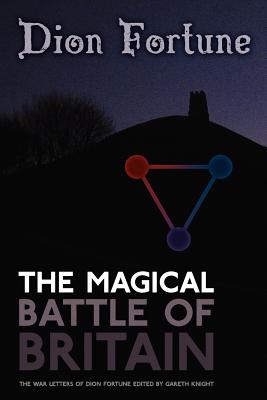 The Magical Battle of Britain (Paperback)


Not On Our Shelves—Ships in 1-5 Days
(This book cannot be returned.)
Immediately following Britain's declaration of war in 1939, Dion Fortune began a series of regular letters to members of her magical order, the Fraternity of the Inner Light, who were unable to hold meetings due to wartime travel restrictions. With enemy planes rumbling overhead, she organised a series of visualisations to formulate "seed ideas in the group mind of the race", archetypal visions to invoke angelic protection and uphold British morale under fire. "The war has to be fought and won on the physical plane," she wrote, "before physical manifestation can be given to the archetypal ideals. What was sown will grow and bear seed." As the war developed, this was consolidated with further work for the renewal of national and international accord. For the first time the Fraternity's doors were opened to anyone who wanted to join in and learn the previously secret methods of esoteric mind-working. With unswerving optimism she guided her fraternity through the dark days of the London Blitz, continuing her weekly letters even when the bombs came through her own roof. Introduction and commentary by Gareth Knight.