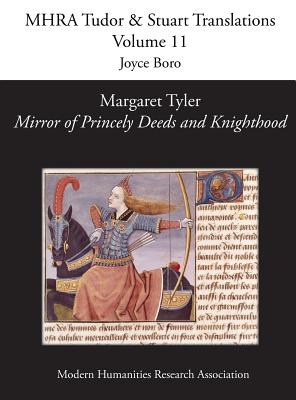 
Not On Our Shelves—Ships in 1-5 Days
(This book cannot be returned.)
Margaret Tyler's Mirror of Princely Deeds and Knighthood is a groundbreaking work, being the first English romance penned by a woman and the first English romance to be translated directly from Spanish. As such it is not only a landmark in the history of Anglo-Spanish literary relations, but it is also a milestone in the evolution of the romance genre and in the development of women's writing in England. Yet notwithstanding its seminal status, this is the only critical edition of Tyler's romance. This modernized edition is preceded by an introduction which meticulously investigates Tyler's translation methodology, her biography, her proto-feminism, and her religious affiliations. In addition, it situates Mirror within the context of English romance production and reading, female authorship, and the Elizabethan and Jacobean translation of Spanish romance. This edition will be of interest to scholars of gender studies and of English and Spanish Renaissance literature.